On November 5th, the election of Mister Leather Spain 2017 was celebrated in Benidorm. In the following lines, you will find a brief summary about everything you would have known but nobody has told you yet… maybe 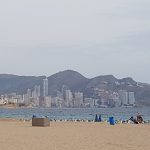 Benidorm is a small town located between Alicant and Valencia, a sort of Spanish Brighton with a particularly mid weather. In November you can see people, swimming in in the sea or at least walking along the foreshore. During the days of the contest, the beach was full of young and elderly people, who was spending their spare time there. The local food is exquisite and the prices are really cheap; you can have a beer (cana or cerveza in Spanish) just for 2 euros… that’s absolutely incredible! 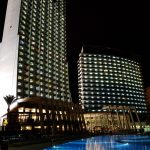 The location of the contest was the “Gran Hotel Bali”, a forty floor skyscraper that hosted the participants and the international guests. The hotel was full of tourists (not only the guests of the election), who joined the wonderful spaces around the three pools and the different buildings that generally hosts meetings, conferences and parties! A beautiful view from the balconies and a kind staff; someone complained a bit for the food served during the breakfast and the dinner, but that was not the most important point and actually we went there to eat. 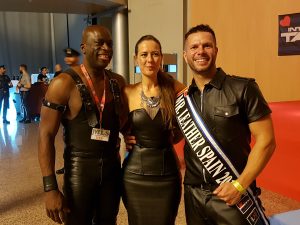 The Spanish club, Leather Friends Spain, in particular the president, Vanessa, (yes boys she is a woman… Spain stays ahead) and Luis, Mister Leather Spain 2016, was really committed for the success of the event. The organization was perfect and anywhere you felt cuddled. Well done guys! 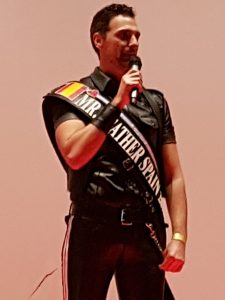 Well… Louis is a really handsome guy, who is almost 2 meters high (actually 1.97 m without boots) with wonderful smile. He is a nice person, always smiling, really friendly (and I don’t wanna say anything else…). He worked hard in order to permit people let their hair down. He was really moved when he left his sash as a mister. A lovely and beautiful leatherman… could his husband (the sexy and high Miguel) want something more? 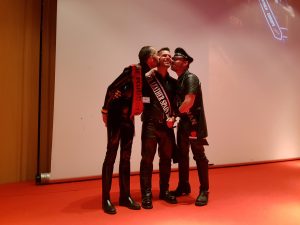 Among the participants, there were lots of international guests and Misters from many European countries, but not only. Italy was well represented by the Italian misters, Chris and Neri, who did their best to, how can I say, show the famous Italian congeniality to all the other guests.

In Benidorm there was also Mister Leather Europe, Joe King, a really nice and portly man from Manchester. He is absolutely incredible: he talks and smiles to everyone…he is not blowhard at all.. it would be wonderful if there were many people like him. 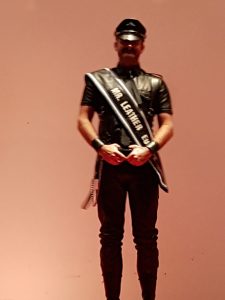 Last but not least, among the special guest, we have to nominee Daniel Dumont, the ECMC president, Antoin Strachan, Recon PR Manager, Bruno and Daniel respectively ASMF Paris President and NLF Nuremberg President. 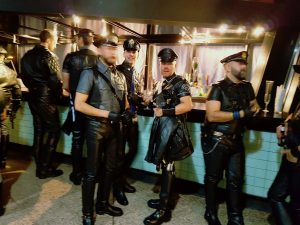 The event was celebrated in a particular area of the hotel: on Friday, after the official dinner with all the misters and a marvellous cake with a Luis’ photo on the top, there was the Bluf Meeting on the terrace. During this moment, all candidates were introduced to the public. After that the party continued downstairs, where the organization equipped a disco-cruising area. There was also a bunk bed! The day after, we had lunch all together in a wonderful restaurant on the promenade. Then we had some rest until 8 pm. 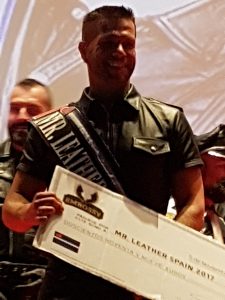 Five candidates took part in the contest and they performed live on stage, anyone in a great way.
JANOS, RICKY, RAFA, DAVID and OSCAR
Joe King, Daniel Dumont, Louis, Chris, Jason and Antoin for Recon.com were the marvelous members of the jury. Kilker Alcaraz, Mister Leather Europe 2012, was the amphytrion of the show which could be followed on streaming. The jury and the web choose Janos as Mister Leather Spain 2017. The result was particularly appreciated by the public. After a short break, the party continued with the Into the Tank night until the 5 am.

See you next year… in Benidorm! 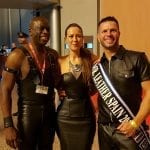 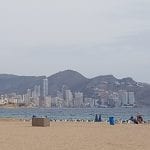 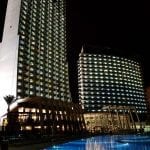 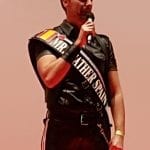 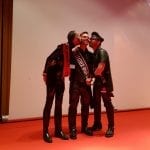 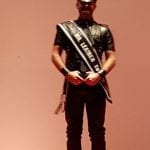 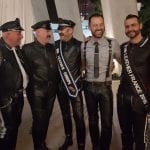 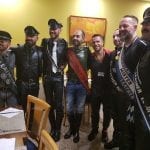 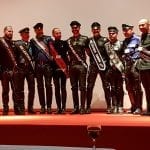 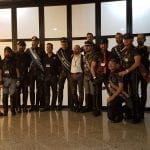 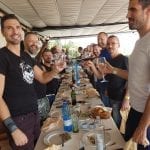 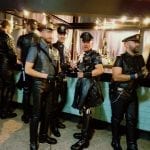 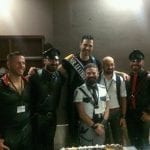 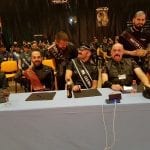 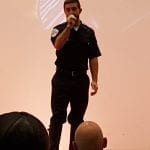 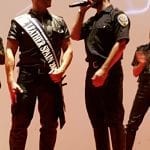 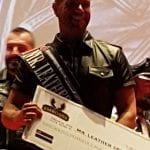