From 1990, Leather Club Roma organizes parties and events in the fetish community; here you can find the history of the longer-lived Italian fetish club.

The history of Leather Club Roma starts on January 20th, 1990,  when some friends decided to found the Leather Club Roma. The goal was to create a point of reference for all the leathermen and fetishmen of Roma. For sure the venture did not seem the easiest: in Rome, there is no leather or fetish scene, and the few leathermen are forced to go abroad: for sex abviously; but also for not to feel “different” within the gay world and -last but not least- to find a community in which to recognize and feel comfortable.

Starting from the small group of founders (the first club president was Alfred, a German who moved to Rome), gradually the Leather Club begins to grow and organize the first leather parties in some bars of Rome (Skyline, Alcatraz and the Circolo degli Artisti, just to mention a few).

In 2000, during the WorldGay Pride in Rome, the Leather Club Roma organizes a big Leather Party at the Qube. The event is attended by hundreds of Italian and foreign leathermen and is the event that for the first time makes the club visible outside the Italian borders.

The ECMC And the Italian contests

In 2001, the Leather Club Roma becomes a member of ECMC and starts working with the SPHINX. The Spnhix becomes the de facto point of reference for the club and for the Roman leathermen. The club continues to organize parties and events, initially without fixed intervals and then every month.

From 2001, the Leather Club Roma participated in the organization of Mister Leather Italy, along with two other Italian clubs (Milan and Moto Leather Club Leather Club Veneto).

In 2002, the Leather Club Roma logo is created. For the first time the club organizes Catacombs, the European leather event that enters the official calendar dell’ECMC.

In 2003 the club organizes, for the first time, Mister Rubber Italy (the winner is Andrea P.); il will become a fixed appointment and, starting from 2012, it will be organized in collaboration with LFI (previoulsy named  MLCV) a year in Rome and a year in Padua and Milan.

Since 2004, with the gradual exhaustion of Leather Club Milano, Leather Club Roma and Moto Leather Club Veneto (later named LFI) decided to organize the contest of Mister Leather Italy alternately in Rome and in a city in northern Italy. The 2004 one is the first election organized by Leather Club Roma, and takes place in Florence with the victory of Francesco.

The success on the European fetish scene

In 2005 the Annual General Meeting  elected the first board (consisting of 5 persons). The president is Massimo Fusillo, which will be confirmed until the end of 2012 and under whose presidency the Leather Club win a major European visibility as well as, of course, Italian.

In January 2006, the Articles of Association is officially registered and the Leather Club Roma thus becomes a formally constituted  non-profit organization with its own legal personality.

2007 is the year of the BikerRun, the European meeting for gay bikers organized for the first time by Leather Club Roma (before 2007, it took place only once in Italy: in 2003 organized by Moto Leather Club Veneto). The BikeRun is organized by LCRoma in Abruzzo with the final party in Rome More than  200 gay bikers and leathermen participated to Bikerun, showing LCRoma as one of the most active and respected clubs in Europe.

In 2011, the Leather Club Roma participates to the organization of EuroPride , which takes place in Rome. The club no only organizes three fetish nights (the last one, at the Eagle Club, with omore than a hundred guests) but also participates with its own stand and exhibition at the Pride Park and, with its own wagon, to the pride parade, obtaining high visibility.

In 2012 the Leather Club Roma organizes again  the BikeRun, but this time in Tuscany. The participation of European bikers is really high (more than 110 bikers from all over Europe) and the final party in Florence is really crowded (more than 250 people).

The organization of BikeRun was also supported by the two gay Italian motorcycle groups, the COMOG and, mainlyl, the GAM.

Starting from 2013 (meanwhile the President is Fabio), Leather Club Roma organizes the Fetish Pride Italy, the week of pride for the  Italian leather and fetish community.  The event has a great success both at Italian and international level. The event helps to spread the knowledge of the leather and fetish culture and lifestyle in the Italian gay community

After the birth of Leather & Fetish Milan, LC Roma proposed that the organization of the Mr. Leather Italia and Mr. Rubber Italia contests involve all three Italian clubs (LCR, LFI and LFM), but the agreement is not reached and, a few years later, the Italian Fetishmen of the Year (organized by LFM and LCR) and Puppy Italia (LFM, LCR, TIP) contests will be born, while Mr. Leather Italia and Mr. Rubber Italia will continue to be organized by LFI and LCR.

#StrongerTogether and the new ECMC AGM

Under his presidency LC Roma will begin to organize regular events in Naples as well as in Rome. In 2019 the Mr. Rubber Italia competition (which LCRoma organized at the Bunker Club) was interrupted by the break-in of the police forces for a check at the venue. The cancellation of the event has wide international resonance (and solidarity).

LC Roma therefore starts the hashtag #strongertogether, which will become a recurring claim as well as the name of the weekend organized that same year at the end of April: the (new) election of Mr. Rubber Italia and the one of Mr. Leather Italia, held simultaneously with Rome, will see the participation of many foreigners and a large Italian public, bringing LC Roma back to the fore on the European scene.

2019 is the year of the new ECMC AGM , organized in Rome ten years after the (first) AGM 2009. The event is a great success with Italian and foreign audiences, with sold out events and appreciation unanimous of the international community for the organization; the Gala dinner with the election of Mister Leather Europe, at La Limonaia di Villa Torlonia, is a great success and leads LCRoma to win the X-Award for the best fetish event of 2019.

Furthermore, under the presidency of David, Leather Club Roma gives a significant boost to the social presence, with an always wide and constant coverage on the main Social Networks (Facebook, Instagram). 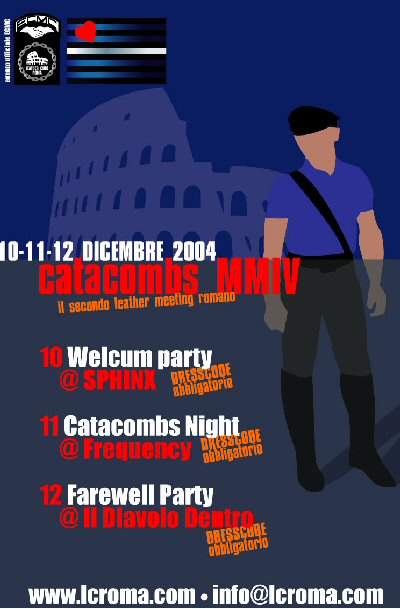 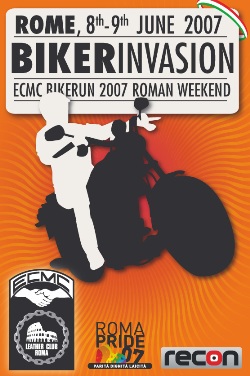 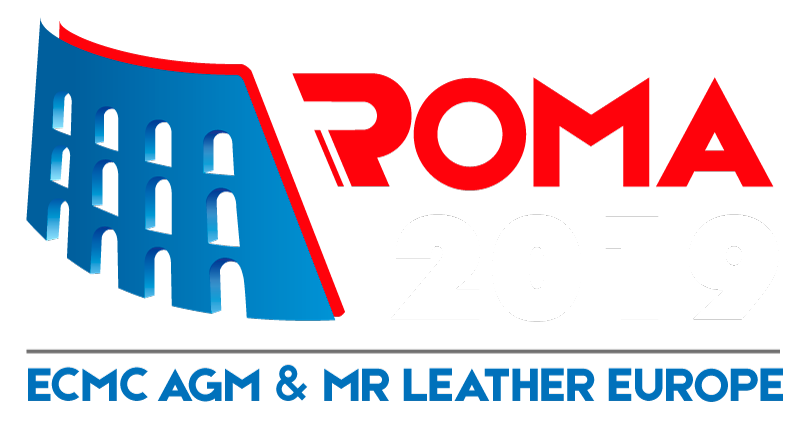