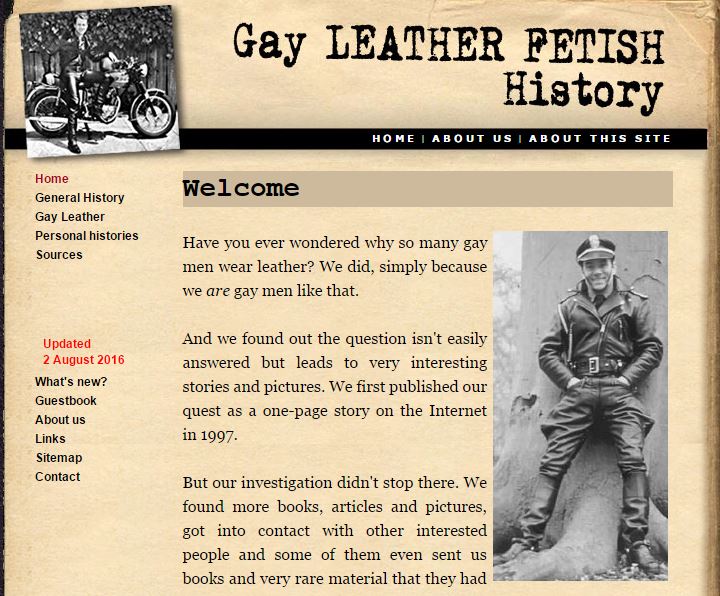 Cuirmale (www.cuirmale.nl) is probably one of the oldest (and more interesting) websites about leather history and lifestyle based on a gay perspective. Its first version went on line in 1997 as one page website. Now it has many sections and pages with a lot of pictures and very interesting posts. Cuirmale website consists of three parts: 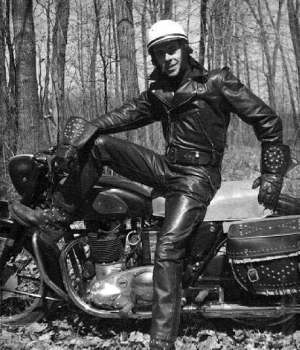 The Leather History section stars with a short review of leather in the ancient times (from Roman period to the 17th century). Then it describes the leatherwear of cowboys (did you know the cowboys were the first ones who wore chaps? And that the word “chaps” derives from the Spanish word “chaparajos”, meaning “leather leggings”?). During these periods, leather was mainly a “protective garment” (and, today, this is still one of the best-known properties of leather). For this reason, it was very common in the WWII military uniforms (mainly jackets) and at that time, guys became used to wear leather. Cuirmale states that it was probably the surplus of leather of WWII, sold on second-hand market, to spread the leather garments in the mainstream. 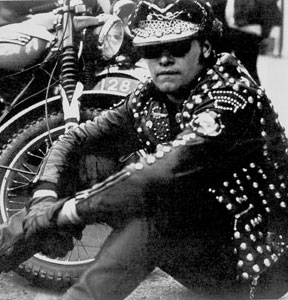 Cuirmale website continues his story talking about the leather motorcycle culture in the Fifties and Sixties, the Leather in pop and rock music and the leather in Cinema from early movies of Twenties to mainstream blockbuster like Daredevil or X-Men.

In the Seventies, the first “fetish leather shops” start to open, first in the USA and then in Europe (Rob Amsterdam leather shop opened in 1974). This section also deals about how leathermen met and meet: starting from the personal advertisements on newspaper to gay motorcycle clubs and bars. The first European gay motorcycle club was the 69 club (London, 1965) while the first bar was the Argos (Amsterdam, 1959).

The last part of Cuirmale is about the personal histories of Tony (UK), Edward (USA), Jason (UK and USA). 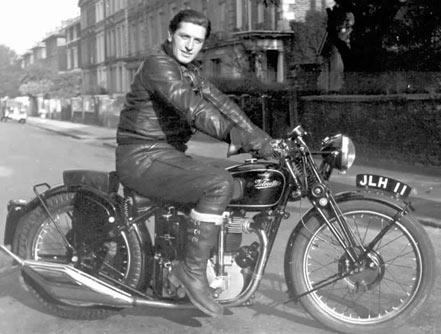 Tony was involved in the production of many of the first gay leather magazines; Edward owned the “Teddyboy” shop in Amsterdam, where he sold leather magazines. Jason (born in UK in 1916, later he became a US citizen) tells his history about leather before WWII in England and before WWII in the USA; he was for sure one of the world pioneers of the gay leather lifestyle!   The Cuirmale website is very well documented, with lots of historical references and many rare pictures of leathermen. At the same time, it is very interesting and easy to read. We strongly suggest you to visit and read it: www.cuirmale.nl