How is the leather world changing?

In a very interesting  interesting post on New York Times, reblogged by “our” Marco, Michael Musto analyzes the changes in the USA leather world and fetish community. 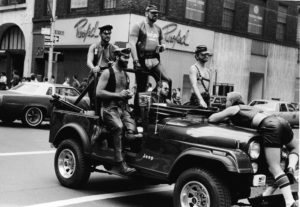 The title of the article “ Gay Leather Scene Tones Down From Hard Core to Dress-Up ” highlights the author’s thesis: the gay leather scene is mopving from the “hard corde” to a kind of parade, of competing to see who wears the best dress. Interviewing both leathermen that bar & shops mowners, the author notes that the leather clothing (or, rather, some elements of it, such as the harness) have become mainstream within the gay community: that wear do not longer indicate belonging to festih community, but simply a way to dress “sexy” (that is sexually provocative). The author believes that this change is basically due to two factors: 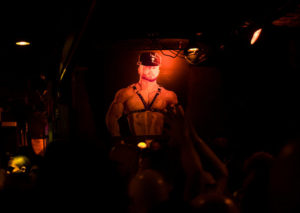 The Eagle Bar in New York

For the author, the “leather world” in the US is then declining, because its distinctive features, and especially the dresscode, are evolving towards forms of “light fetish”, losing much of their innovative, libertarian and transgressive aspects to simply become a “sexy” type of clothing to wear to the parties. And, we add, this seems to happen also in Europe.