The Birth of ECMC

The ECMC (European Confederation of Motorcycle Clubs), founded in 1974, is the European confederation of gay leather & fetish clubs. This article deals with its foundation and first steps and with the social and cultural context in which that birth took place.

The birth of ECMC (1974) is part of the wider process of linking and networking which took place among European and USA leather clubs at the end of the sixties..

The gay leather community and culture started in the USA at the beginning of the Fifties: in 1951 Shaw’s – the first known leather bar – opened in New York City; in 1952 it was the turn of The Lodge (New York City) and of Jack’s on the Waterfront (San Francisco). In the following years many bars opened all around in the USA, while the first European leather bar – the Argos- opened in Amsterdam in 1957. 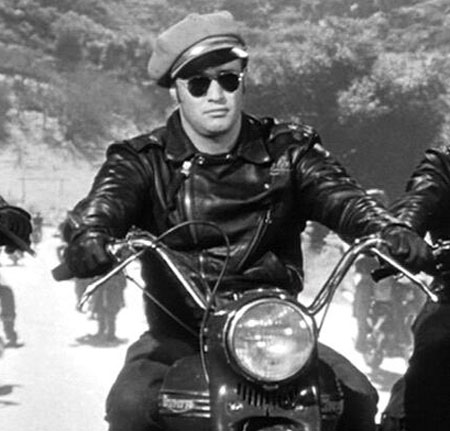 Marlon Brando in The Wild One (1953): a good representation of leather/biker culture of the Fifties

The need for some kind of association between regular visitors to these clubs soon rose up, the goal being to share interests (leather and biker related) outside of commercial places. Thus, the first clubs and associations were founded, typically as motorcycle clubs in order to bypass laws against homosexuality. The first gay motorcycle club was the Satyr MC (the name is the whole programme) of Los Angeles, founded in 1954; many other clubs followed suite in various cities: Oedipus MC in Los Angeles (1958), San Francisco (1960), Chicago (1963), New York City (1968), and so on.

The increase in the number of leather clubs necessitated a degree of coordination among the clubs themselves. Let us remember that in those years air travel (or even rail travel) was very difficult and expensive. Furthermore, there were no computers or internet connections, and the only reliable means of communication was by post or (expensive) telephone calls. Last but not least, homosexuality (indeed alternative sexuality of any kind) was illegal in many jurisdictions.

The men who animated these club were, in a way, real pioneers who cleared the way for those who came after. They felt it was vital to establish permanent links with other leathermen and clubs so as to create a wider community, promote the gay leather/biker culture and lifestyle, and better respond to external threats. 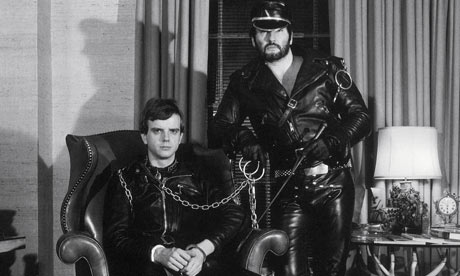 This meeting was the foundation of the ECMC, during which several important decisions were approved: John Willis (of Sixty Nine club) was elected the first Secretary of the ECMC, and it was agreed there should be an annual general meeting (or AGM) hosted by a different club. The role of the ECMC and of the Secretary was also defined: the ECMC was established as a central clearing house for information of interest to all European clubs. In this way, The ECMC would act as a secretariat for all affiliated clubs, and as an information centre; the Secretariat would not be able to dictate to clubs, but would advise them of any overlap in the scheduling of international events. It was also agreed to have the first AGM organized by MS Amsterdam on November 2nd, 1972.

After the meeting, not all the participating clubs joined the ECMC; MS Belgica, Loge 70, MSC London, SNC London, V Senses, MS Amsterdam were the only founding members of ECMC.

Starting from AGM 1974, however, the number of clubs joining ECMC quickly increased: there were twelve clubs in 1974, eighteen the following year and by 1976 there twenty.
During the 1975 AGM (Copenhagen, September 20th) the ECMC Constitution was approved (and it would be subject to many subsequent changes over the years).

The first two AGMs laid the foundation for the whole future work of the ECMC. The coordination role of the ECMC was defined, and it was agreed the Secretariat should be held by a club for a two-year period (1976). The minimum requirements for membership were also agreed; a club was to have at least fifteen members, hold at least one annual meeting, and be non-profit making. It was agreed to split the cost of running the ECMC between member clubs; it was agreed too to set the subscription at a flat rate of £10 regardless of size (this became 50 HFL in 1975). The first 500 cloth badges were produced with the ECMC logo (designed by John Willis, or possibly by André Salat).
Over the following years, many important questions would be debated inside ECMC: the role of women inside clubs and the ECMC; safe sex and the fight against AIDS; the role of the Secretary; the fight for gay rights; the matter of privacy (very important in such times when homosexuality was often illegal); and so on.

But this is a different (and longer) story… to be told in a new article!